Accelerating the shift towards a green economy: DEWA’s CEO 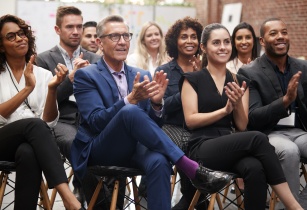 HE Saeed Mohammed Al Tayer, MD and CEO of DEWA, said that green hydrogen is a promising and environmentally friendly source of energy

It is usually produced by water electrolysis. Green hydrogen represents one of the pillars of a sustainable future that depends on accelerating the transition to carbon neutrality to support a green economy. Its objectives are to develop the green mobility sector, and reduce carbon emissions from large-scale industries that produce large amounts of carbon, such as trucks, trains, ships and airplanes, as well as generating electricity. This means it can help reduce CO2 emissions around the world.

If green hydrogen successfully reduces the costs of producing clean energy compared to its current price range of US$3 to US$6.5 per kilogram, it will likely be able to compete with hydrogen produced using fossil fuels and associated with carbon emissions, whose cost is less than US$1.

Therefore, hopes are high for Green Hydrogen. Thanks to the efforts of our R&D Centre, we believe that the green hydrogen production will take the same trend as solar power, wind power, and batteries. We had the same experience when we launched the first phase of the Mohammed bin Rashid Al Maktoum Solar Park in Dubai, which used solar photovoltaic panels with a capacity of 13 MW. The pilot project generates electricity from the thin-film solar cells with an efficiency of only 11.8%, while the cost of producing a kilowatt hour of electrical energy reached US$11. Currently, we managed to reach a 22% efficiency rate. Following our adoption of the bifacial solar cell technology, self-cleaning solutions, and an advanced automatic sun tracking system, we will be able to increase the efficiency of energy production to 24%, and also decrease the cost of producing a kilowatt hour of electrical energy to just 1.69%, and these costs are still declining, said HH Sheikh Ahmed bin Saeed Al Maktoum.

The UAE is the first country in the Middle East and North Africa (MENA) that has taken major steps to produce hydrogen using clean energy. This supports its strategy to build an economy based on renewable energy sources, which helps increase foreign investments and scale up high-end partnerships. This comes in the wake of the growing demand for clean energy in local markets, which strengthens the UAE's global leading role in spearheading decarbonisation across various vital industries.

The production of green hydrogen is part of Dubai Electricity & Water Authority (DEWA)’s efforts to support the Dubai Clean Energy Strategy 2050, to provide 75% of Dubai’s total power capacity from clean energy sources by 2050. This project bolsters our efforts to diversify energy sources and promote investments, by supporting innovation, research and development in energy storage. This will pave the way for building an economy based on clean energy. This includes green hydrogen, which plays an important role in the global energy mix and in fighting global warming.