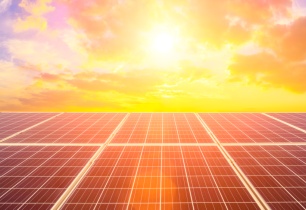 Continued calls for electricity-only pathways to Paris targets is a setup for failure on both Paris and the Sustainable Development Goals. (Image source: Adobe Stock)

In a statement titled A Clean, Secure, and Affordable Energy Future requires Electricity, Gas, and Infrastructure, the IGU President writes that global debate about climate change and the role of energy was at a critical juncture. He is calling for an achievable, sustainable energy future, using ?electrons, molecules and necessary infrastructure?.

A concern that emerged throughout the discussions is that the world is not on a path to meet the Paris Accord ambition of limiting global warming to well below 2?C.

There is a recognition that different nations face different challenges and have different means to achieve a pathway toward Paris. For billions of people in the developing world - with low CO2 per capita and low access to energy - there is no greater challenge than achieving affordable, secure and clean supply energy. In richer nations - with high CO2 per capita - resources and infrastructure are in place to accelerate decarbonisation.

?No justice will be served if achieving the Paris targets involves actions that stymie economic growth and prosperity, or that deny billions of people access to much-needed affordable energy and clean cooking fuels?, Professor Kang said.

The International Gas Union calls on decision-makers to accept that a clean, secure, and affordable energy future requires electrons, molecules, and infrastructure.