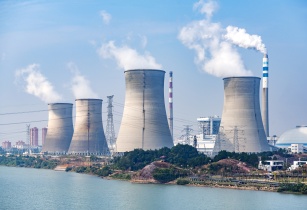 As nations across the Middle East and North Africa (MENA) region pivot to cleaner energy systems to achieve the carbon dioxide reduction commitments and drive decarbonisation, GE has unveiled a whitepaper on the role of nuclear energy in achieving a carbon-free future

The whitepaper titled, Nuclear Energy: A Critical Pillar of a Carbon-Free Future, provides an overview of the current energy landscape and the efforts for decarbonisation as well as recommendations on how to achieve these goals by drawing on nuclear power as a dependable emissions-free generation option.

According to the International Energy Agency (IEA), nuclear energy accounts for 10% of the world’s total global power generation and 25% of all carbon-free power generation. Leading this are the United States, France, China, Russia, and South Korea. Over the past 50 years nuclear power has avoided CO2 emissions by over 60 gigatons globally – nearly two years’ worth of global energy-related emissions.

In the MENA region, the first phase of the Barakah Nuclear Power Plant in the UAE has generated over 2,100 GWh of cleaner electricity, and cut emissions of over 950,000 kilotons of CO2. Saudi Arabia plans to build two large nuclear power plants (NPPs) with the goal of achieving 17GWe of nuclear capacity by 2040 that will meet 15% of the kingdom’s needs.

In Egypt, GE’s Arabelle nuclear steam turbine, the world’s largest, will be installed in Egypt’s El Dabaa NPP to provide 4,800 MW of carbon-free power generation for millions of homes. Iraq has also announced plans to build nuclear reactors that can produce about 11 GW. Further afield, Pakistan has 2,332 MW operating nuclear capacity and another 1,100 MW under construction while Turkey is currently building the Akkuyu nuclear power plant, which will use GE’s Arabelle steam turbine and generate up to 4,800 MW. GE has just delivered the first equipment for Akkuyu in January this year.

With the whitepaper, GE highlights the need for addressing highly-emission intensive power systems through low-carbon and emissions-free energy sources, such as nuclear power generation, to reduce greenhouse gas emissions. Apart from hydro power, which has limited or no availability in most countries in MENA, nuclear is the only carbon-free dispatchable source of fuel to complement wind and solar, and it can produce large amounts of power on less land than any other cleaner energy source. It also provides the necessary 24/7 baseload power to flexibly support renewables with load-follow operation, helping to stabilise the grid and prevent blackouts when weather-dependent energies such as wind and solar are part of the mix.

The whitepaper also underlines the commitment of GE to fund research, development, and demonstration projects to encourage early adoption of cleaner technologies, such as advanced reactors and Small Modular Reactors (SMRs) that have the potential to drive down investment cost per megawatt.

Frederic Wiscart, global managing director, Nuclear Projects, at GE Steam Power, said, “With the world preparing for the UN Climate Change Conference (COP26) in Glasgow in October, the focus on decarbonisation has assumed even more significance. In the MENA region, governments have set remarkable roadmaps to transition to a cleaner energy future by diversifying the energy mix. These efforts at decarbonisation can be amplified by considering nuclear power as a key pillar in the energy transition strategy.”