Global population growth of nearly two billion, doubling of worldwide economic output and rapid expansion of the middle class in emerging economies are expected to contribute to growth in energy demand of about 25 per cent from 2015 to 2040, according to ExxonMobil?s 2017 Outlook for Energy: A View to 2040 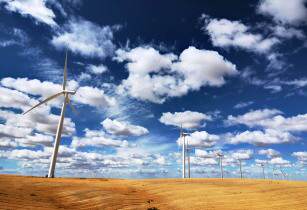 Growth in global energy demand will be led by greater electrification of the global economy. (Image source: Daniel Parks/Flickr)

Energy demand in member nations of the Organisation for Economic Co-operation and Development (OECD) is likely to be flat to 2040, while demand in non-OECD nations is expected to increase 40 per cent as prosperity expands and access to modern energy increases.

Growth in global energy demand will be led by greater electrification of the global economy. Fifty-five per cent of the energy demand growth over the next quarter century will be tied to power generation needed to support the increasingly digital and plugged-in lives of society, according to the Outlook for Energy, the company?s annual long-range supply-and-demand energy forecast.

Average electricity use per household will rise about 30 per cent between 2015 and 2040. The share of the world?s electricity generated by coal is expected to fall to about 30 per cent from approximately 40 per cent in 2015 as the use of lower-emission energy sources including natural gas, nuclear and renewables increases.

?Humanity?s dual challenge is to meet growing energy demand while managing the risk of climate change. Our Outlook for Energy can help people understand factors influencing future energy supply and demand and inform industries and governments as they consider future energy policy.?

With the global middle class more than doubling to about five billion, the number of cars, sport-utility vehicles and pickups are expected to increase about 80 per cent to 1.8bn vehicles by 2040.

Global energy-related carbon dioxide emissions are expected to peak during the 2030s and then gradually decline. This is supported by an increasing shift to less carbon-intensive energy for power generation and higher energy efficiency across all sectors. The Outlook for Energy is ExxonMobil?s long-range forecast developed by its economists, engineers and scientists through data-driven analysis. It examines energy supply and demand trends for approximately 100 countries, 15 demand sectors and 20 different energy types. ExxonMobil uses the forecast as a foundation for its business strategies and to help guide multi-billion dollar investment decisions.

India is likely to surpass China as the world?s most populous nation by 2025. The two countries are expected to account for about 45 per cent of the growth in global energy demand.