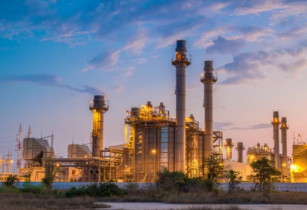 Energy & Utilities reported in February that Saudi Aramco had received bids from three groups for the Jafurah ISPP project, after the bid submission date had been extended from the original 5 December deadline. The project was retendered in 2021 after the original tender was cancelled in 2020.

The Kepco consortium saw off competition from the local ACWA Power and local Al-Jomaih consortiums to be appointed for the Jafurah ISPP scheme.

The project will be developed under a public-private partnership (PPP) structure, with the successful developer signing offtake agreements for power and steam production.

The capacity of the project is almost identical to the previous tender, however the planned commissioning date for the two phases of steam production have been pushed back respectively.

The cogeneration plans is planned to have a power generation capacity of 270-320MW.

The Jafurah gas development is part of Aramco’s US$3.2bn unconventional resources programme, which aims to develop shale gas in three areas of the kingdom.

In line with the Vision 2030 masterplan, Riyadh is aiming to ensure the kingdom remains self-sufficient in gas supply as demand for power continues to grow in the residential and industrial sectors.