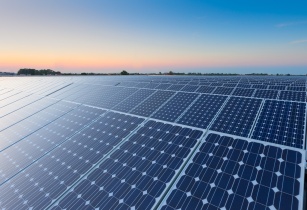 The projects will form part of Iraq’s target to generate 20-25%, about 10-12GW, of its energy from renewable resources by 2030. The projects will be located in central and southern Iraq, which suffer from electricity shortages and blackouts during peak demand in the summer.

“We are grateful to the government of Iraq for providing Masdar with the opportunity to contribute to the implementation of the Republic of Iraq's renewable energy strategy. The UAE is committed to working with the Republic of Iraq to develop sustainable energy resources. This initiative also highlights the importance of public and private sector partnerships in finding affordable solutions, stated Suhail Al-Mazroui, minister of oil, minister of energy for UAE.

“Masdar has been a pioneer in developing clean energy projects, and is now active in more than 30 countries around the world, with a total value of more than US$20 billion and a production capacity exceeding 11GW. Masdar will leverage the expertise it has built up through these projects to support the Republic of Iraq on its clean energy journey,” Al-Mazroui added.

Iraq is facing a major challenge to meet growing demand for power across the country. In 2018, the installed capacity of 15GW was significantly lower than the 23.5GW peak demand recorded during the year.

As a result of the shortfall, many areas of the country only have access to a few hours of electricity a day. According to the government, it is estimated that electricity shortages are costing Iraq’s economy as much as US$40bn a year.

In addition to the agreement with Masdar to deliver significant renewable energy capacity, Baghdad has inked a handful of contracts with major international energy firms GE and Siemens in recent years to assist with financing and development of generation capacity and upgrades to the country’s inadequate transmission and distribution networks.