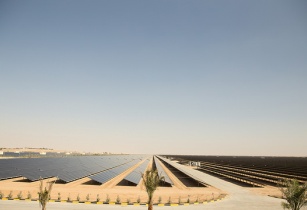 Governments in the Middle East have shown increasing interest in growing their renewable energy footprint as the world moves away from fossil-fuel powered energy amid an oversupplied oil market.

For instance, Dubai aims to produce 75 per cent of its energy requirements from clean sources by 2050.

Upon completion, the substation will have an overall capacity of more than 2,000MVA and be able to support communication with intelligent devices through the IEC 61850.

Industrial engineering companies such as ABB have responded to weak demand from the oil and gas and mining industries by restructuring, cutting costs and positioning themselves to grow market share in high-margin businesses.

“Integrating renewables is a key element of our Next Level strategy and our proven track record reinforces our position as a partner of choice for enabling a stronger, smarter and greener grid,” said Claudio Facchin, president of ABB’s Power Grids division.

The company, which fought off activist shareholder calls to spin off its Power Grids business, has cut deals to grow its footprint in digital technology businesses such as internet of things.

In April last year, it teamed up with IBM to combine its digital offering, ABB Ability, with IBM’s Watson analytics software.