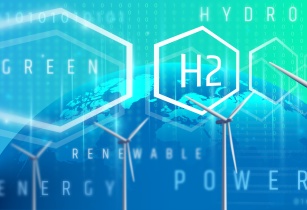 Asia and Europe seem more demand focused while the Middle East and North Africa focus on the supply of hydrogen. Asia shows a greater focus on hydrogen as a liquid fuel in the form of ammonia and as a transport fuel for shipping and road transport. In contrast, Europe is more focused on using hydrogen to decarbonise the hard-to-abate sectors in industry and transport (e.g. heavy industries, HGVs, mass transportation). The Americas (North and South) are considering production for their own consumption and export.

Dr Angela Wilkinson, secretary general and CEO, of the World Energy Council, said, “Hydrogen on the Horizon’ puts the focus on the role of hydrogen users and demand, moving beyond traditional supply-centric energy perspectives. With demand forecasts showing such large variations in consumption forecasts I’d say that nations and society at-large would-be better-off training for the pentathlon rather than the 100 metre sprint or the high jumps.”

Neva Espinoza, vice-president, Energy Supply and Low-Carbon Resources, EPRI, commented, “The development of hydrogen as a source of energy is larger than the colour debate.  Colours were assigned to assist in the communication of hydrogen sourcing, but the focus should be on the carbon intensity of hydrogen and the potential for large-scale deployment. This will be far more useful for groups and individuals seeking to achieve their decarbonisation goals.”

Hydrogen on the Horizon shows that scaling hydrogen up within the energy system faces significant challenges. Low-carbon hydrogen is currently not cost competitive with other energy supplies in most applications and locations and is likely to remain so without significant support to bridge the price gap - which raises the question of who should fund this support. These projects span the hydrogen value chain and are across all relevant sectors of the global economy.

Interest in clean hydrogen as an energy vector is surging across the globe as countries and companies seek to explore its potential to decarbonise the hard-to-abate sectors and uses, providing flexible storage for an increasing amount of renewables.

With increasing commercial interest and political support, there is a pressing need to untangle the differing underlying drivers and actual opportunities to understand better the real potential of clean hydrogen in energy systems and in the energy transition.