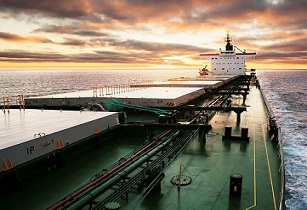 The green ammonia plant built by Skovgaard Invest, Vestas and Topsøe will be the world’s first dynamic green ammonia plant. The project aims at building a 10 MW green ammonia plant, directly coupled to local wind and solar power generation and expected to be operational by 2023. The dynamic approach entails that the clean power from wind turbines and solar panels will be connected directly to the electrolysis unit, making it more cost-effective than a battery or hydrogen storage.

Topsøe will design the plant’s dynamic ammonia technology to secure optimal production and adapt to the inherent fluctuations in power output from wind turbines and solar panels. The ammonia plant will create an interface to a green hydrogen solution developed by Vestas, integrating electrolysis with wind and solar in one smart control system. In addition, the renewable energy generation will be connected directly to the national grid so that surplus power can be sold to the grid. The partnership will jointly invest in the project.

The green ammonia plant will be located in Western Jutland, Denmark and will produce more than 5,000 tonne green ammonia annually from renewable power. This production will prevent 8,200 tonnes of CO2 from being emitted into the atmosphere every year.

Green ammonia has huge potential in the global effort to substitute fossil fuels with sustainable alternatives. It has been highlighted as a superior green fuel for international shipping that currently accounts for around 2% of global energy-related CO2 emissions. Ammonia is already used as fertiliser globally, and the production from fossil fuels accounts for around 1% of global CO2 emissions.