Hydrogen plays a main role in decarbonisation of the utilities sector

As the utilities sector goes through the energy transition, the increasing use of zero-carbon fuels such as green hydrogen is likely to be a significant factor in the quest to decarbonise 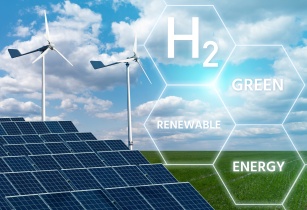 The role of hydrogen in the future of the utilities sector will play an important role at the World Utilities Congress. (Image source: Adobe Stock)

The drive to tackle global warming through decarbonisation has picked up momentum in recent months, with net-zero targets announced by the UAE, Saudi Arabia, and Bahrain (2050), as well as China (2060), Japan, South Korea, and Canada (all 2050), and the Biden administration recommitting the U.S. to the Paris Agreement.

The EU published its hydrogen strategy last summer aiming for 6GW of capacity by 2024, ramping up to 40GW by 2030. Germany, Spain, Portugal, Netherlands, Finland, Sweden, Poland, and Canada all published a national hydrogen strategy in the last year. The Hydrogen Council?s ?Hydrogen for Net Zero? report shows that hydrogen can provide the lowest-cost decarbonisation solution for over a fifth of final energy demand by mid-century, while another estimate says that the world is going to need 1000GW of electrolyser capacity by 2050 to meet demand forecasts.

Currently, approximately 95% of worldwide hydrogen production comes from fossil fuels, according to the International Renewable Energy Agency (IRENA). However, hydrogen from renewable sources has the potential to play a key role as the energy industry tackles various critical challenges including how to channel large amounts of electricity from renewable sources to sectors for which decarbonisation is otherwise difficult, including industrial, transportation and niche applications.

Despite clear demand drivers and several opportunities on the horizon for hydrogen, the International Energy Agency (IEA) said that the demand for low-carbon hydrogen remains low, limited only to road transport and falling short of Net Zero Emissions by 2050 scenario requirements. It says that more efforts are needed to create demand, and reduce emissions associated with hydrogen production.

Ferdinand Varga, managing director and senior partner of Boston Consulting Group, the strategic insights partner of the World Utility Congress said, ?One of the most forward-looking energy supply for industries is low-carbon fuels, specifically hydrogen. Meeting the future demand for hydrogen will not be easy, as production and supply of it might require subsidisation of its production to close the gap with other forms of low--carbon fuels?and most importantly, an adequate supply of cheap renewable power.?

Christopher Hudson, president of dmg events, the organisers of the World Utilities Congress, said, ?The world is rapidly transitioning towards a decarbonised energy and utilities sector, driven by net zero commitments to fight global warming. There is a clear case for hydrogen that presents several opportunities ahead, but global leaders will need to come together to ensure sustainable growth of the sector meets with new demand to achieve the desired decarbonisation results.?

The role of hydrogen in the future of the utilities sector will play an important role at the World Utilities Congress, with a dedicated spotlight session titled ?What will it take for hydrogen to become the low-carbon champion?? The session will be a focused interview with Gareth Wynn, chief communications officer at TAQA on the role of hydrogen in the energy transition of the utilities sector.

Hydrogen will also be discussed in global leadership panels on meeting rising power demand and opportunities for utilities as the world looks to accelerate the energy transition in the face of global warming risks and net zero commitments.

The World Utilities Congress will take place on 9-11 May in Abu Dhabi?s ADNEC, where more than 10,000 global utilities professionals will attend to learn details on critical topics driving the future of low carbon power and water supplies.