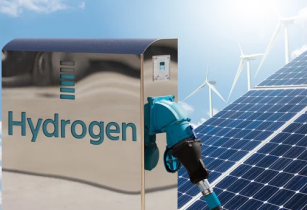 ENOWA will play an active part on the scientific advisory board of Extreme E, while the partners will develop educational programmes intended to excite young people about climate positive solutions.

?We are delighted to have ENOWA on board as our official Green Hydrogen Power Partner,? said Alejandro Agag, founder and CEO of Extreme E. ?NEOM, much like ourselves, pushes the boundaries of environmental sustainability and we are delighted to be partnering with ENOWA to go even further in our objective to raise awareness of the climate crisis.?

FIA-sanctioned Extreme E, which uses one-design electric SUVs to race in remote parts of the world, holds races in locations that allow it to raise awareness of climate change. The group apparently seeks ENOWA?s help to advance its technology and innovation.

NEOM, the clean energy city under development in northwest Saudi Arabia, was launched in 2019 with the backing of the country?s Public Investment Fund (PIF). In 2020 it announced a joint venture to develop a major green hydrogen and ammonia production facility in the new city?s industrial sector. The US$5bn hydrogen-based ammonia plant is led by subsidiary NEOM Energy & Water Company that was recently branded ENOWA.

Energy & Utilities reported on ENOWA?s establishment and initiatives in March, and further reported on NEOM Green Hydrogen, the special purpose vehicle established to develop the plant, in June.