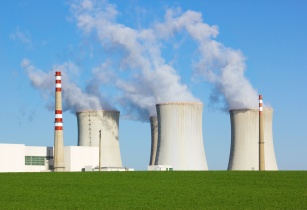 A high-ranking delegation led by Dr Mohamed Shaker, minister of electricity and renewable energy of Egypt has paid a visit to one of Russia’s largest machine-building enterprises, JSC TYAZHMASH, which is based in the city of Syzran in the Samara region

During the visit, the delegates inspected the enterprise’s main workshops, where they learned about the production of various equipment for nuclear power plants in China, India, Turkey and checked out the processing of transport gateway elements for Bangladeshi nuclear power plant. The meeting ended with the signing of an act on the production start of the core catcher devices for power units No. 1 and No. 2 of Egypt’s El-Dabaa NPP.

“Today’s truly important event is the result of diligent collaboration by project teams from both Russia and Egypt. The construction of Egypt’s nuclear power plant is taking place with the full support of political leadership. It is gratifying to see that the  team is showing good results and successfully fulfilling all the tasks it faces in realising this project,” said Dr Mohamed Shaker.

Dmitry Azarov, board chairman of Egypt’s Nuclear Power Plant Authority (NPPA), commented, “It is very important for the Samara region to expand its cooperation with foreign states, including by increasing the volume of products the region manufactures for world markets. TYAZHMASH, one of Samara’s leading mechanical engineering enterprises, annually increases its portfolio of orders, number of products, volume of work, and export volumes. This is of great importance for the regional economy, for the introduction of new, modern industries and technologies, and for improving the well-being of the residents of both Syzran and the Samara region.”

A high-ranking Egyptian delegation led by Dr Amged El-Wakeel, board chairman of Egypt’s Nuclear Power Plant Authority (NPPA), visited Russia’s southernmost nuclear power plant, Rostov Nuclear Power Plant, which is based in Volgodonsk. The delegation was shown the central control panel, which manages the distribution of Rostov NPP-generated electricity, as well as the main control room and the turbine hall of power unit No. 4.

The delegation also visited the Volgodonsk branch of AEM-Technologies JSC (part of Rosatom’s machine-building division Atomenergomash) and appraised the technological capabilities of the Volgodonsk production site where the main equipment for Egypt’s El-Dabaa NPP is manufactured. The guests examined the production site of reactors and steam generators and saw equipment at various stages of production for India and China nuclear power plants. The company’s personnel demonstrated welding and reactor part processing procedures, as well as hydraulic tests and various control operations.