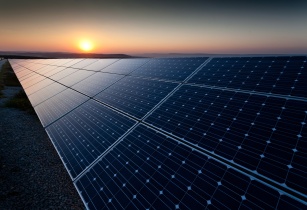 The energy ministry announced that the land parcels were secured in Jeddah Third Industrial City and Rabigh Industrial City through the Saudi Authority for Industrial Cities and Technology Zones (MODON) to build two clean energy projects with a total capacity of 600MW.

Under the kingdom’s National Renewable Energy Programme (NREP), Saudi Arabia is seeking for renewable energy sources to account for 50% of the country’s energy supply by 2030, reducing the use of oil for power generation.

Riyadh has set an ambitious target of developing 58.7GW of clean energy by 2030. The renewables capacity will be procured through two tracks, with the energy ministry’s Renewable Project Development Office (Repdo) leading a programme to develop 30% of the capacity through competitive tendering. State sovereign wealth vehicle the Public Investment Fund (PIF) will oversee the remaining 70% through direct negotiations with investors.

Energy & Utilities recently reported that Repdo was moving ahead with plans for the fourth and fifth phases of the programme, with the body having already started tendering advisory roles on the next two phases.

According to sources close to the programme, Repdo has received proposals from qualified financial advisory firms for the transaction advisory (TA) role on NREP rounds four and five.

The first project under the PIF programme, being developed by local developer Acwa Power, reached financial close in August 2021.

Acwa Power had signed a 25-year power purchase agreement (PPA) for the 1.5GW Sudair IPP project, which is being developed under the solar programme of the Public Investment Fund (PIF), the Saudi sovereign wealth fund. The Sudair solar project will require a total investment of US$910mn.

The 1.5GW Sudair PV project is by far the largest PV solar project awarded in Saudi Arabia to date, and also among the largest single-site PV projects in the world.