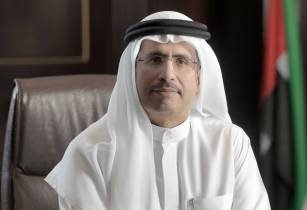 Designed in 2014, DEWA Smart Power Plants system has transformed its existing power station data into a series of reports that can be used by DEWA specialists to support their decision-making, and transform the huge amount of data into an innovative graphic display. This provides a comprehensive and transparent real-time view of the status of stations, so that staff can analyse problems such as technical failures, and support rapid and accurate decision-making, especially during emergency situations.

Saeed Mohammed Al Tayer, MD and CEO of DEWA, said, “DEWA’s Smart Power Plants system is designed to achieve the vision of Vice -President, Prime Minister and Ruler of Dubai, HH Sheikh Mohammed bin Rashid Al Maktoum, who said that, ‘Innovation must become a government habit, a daily practice, and a solid institutional culture. The new objective of our government is to become the most innovative in the world.’

“This system, which has gained local and global recognition for its high level of innovation, has been a core factor in DEWA achieving the world's leading service standards for the services it currently provides.”

The system has acquired a smart advantage by using DEWA’s manpower, expertise, and knowledge and including it in its functions. It then uses the data to analyse events and issue smart reports, providing an advanced level of support to decision makers. DEWA Smart Power Plants system allows for the monitoring of equipment at each station and compares it with other stations, which speeds the process of finding solutions for many problems.