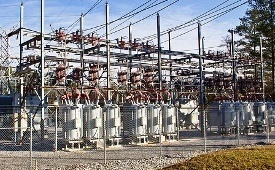 The Izki power grid station in Oman will seek to strengthen power network across the country. (Image source: kenteegardin/Flickr)

The tender has followed a contract for building power switchgears at Sur and Jahloot, which was awarded to Turkey?s Ozdil Energy Resources as part of the Sur-Jahloot 400kV transmission system.

The Sur independent power project will be commissioned in two phases, reaching 433MW in 2013 and full capacity by 2014.