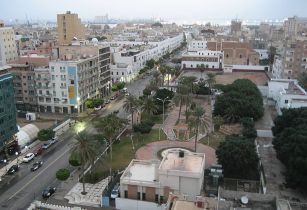 The bank's latest report on the country, From Resource-rich State to a Productive Economy: Development Planning in Post-Civil War Libya, suggested that in order to move forward Libya would need to transition its economy from the current system in which virtually no national institutions on are on hand to help guide the country's development.

The report included a series of recommendations that the bank said would "catalyse the planning efforts of the new Libya".

According to a statement from the AfDB, "The paper underscores the importance of developing, strengthening and making public investment codes, further streamlining the country's bureaucracy accordingly and supporting ongoing efforts aimed at reforming the banking sector.

"Regarding the role of the government and private sector, the document proposes the development of plans for the state's disengagement, excluding the oil sector."

The AfDB said that any shift in economic focus should see the relevant institutions encouraged to develop their capacity to collect information, which will enable them to provide the state with an improved means of designing development policies.

"The document notes progress made by the country, starting with the building and revitalisation of institutions a year after the end of the civil war," the AfDB's statement added. "The bank is advocating this change and believes that such an initiative could be used to boost the country's economic and social situation."