China keen to invest in the Middle East in 2014 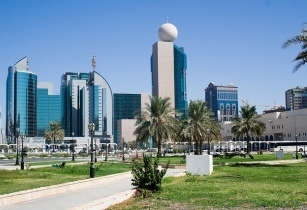 The Middle East is expected to see a sizable amount of outbound mergers and acquisitions (M&A) deals from China in 2014, according to a new survey

The energy and resources sector, real estate, construction and financial services are other top sectors that would see a rising investor interest from China this year, a Deloitte report noted.

James Babb, clients and industries leader and responsible for the China Services Group at Deloitte Middle East, said, “Respondents are more optimistic about the China outbound M&A landscape than they were 12 months ago. A cumulative 74 per cent of respondents believe that activity will increase in the next 12 months.”

Around 63 per cent of respondents surveyed expected the consumer and transportation sector in the Middle East to receive a sizeable number of outbound Chinese M&A investments. Less than 10 per cent of the respondents expect investments in the technology, media and telecommunications sector (TMT), life sciences and healthcare, and manufacturing in the region.

Chinese investor confidence in the regional economy has been improving in the last few years. “China’s oil giant Sinopec acquiring a US$3.1bn stake in Apache Egypt assets is one of the latest examples of growing China’s interest to directly invest in the Middle East region," added Babb.

Last year, the regional arm of China Estate Construction Engineering Corporation (CSCEC), announced an investment in Skai Holdings’ hotel development Viceroy Dubai Palm Jumeirah, and the financing was arranged by The Industrial and Commercial Bank of China, the largest in China.