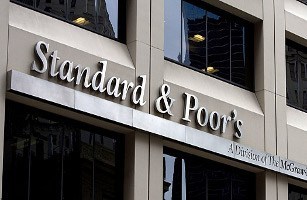 Standard & Poor's Ratings Services said that ongoing political tensions in the Kingdom of Bahrain (BBB/Watch Neg/A-3) and Sultanate of Oman (A/Watch Neg/A-1) remain a significant issue for the credit standing of both sovereigns. This is despite the Gulf Cooperation Council's (GCC's) March 10 announcement of a US$20 billion economic aid support package over ten years, to be shared equally between the two governments.

S&P are of the view that the economic aid package, which we understand will be comprised of donations by GCC members, will not immediately affect Bahrain's and Oman's ratings or ratings outlooks. S&P does believe that the package could contribute positively to the sovereigns' creditworthiness over the medium to longer term.

We view the aid package as significant. Bahrain's share amounts to about two-fifths of its GDP and Oman's portion equates to about one-sixth of its GDP. While package details--project selection criteria, disbursement procedures and timing, and donor control over the disbursement process--remain to be specified, we understand that the funds are primarily aimed at infrastructure and housing over a ten-year horizon.

In S&P opinion, the package should give both sovereigns the fiscal flexibility to increase infrastructure spending and will implicitly address youth unemployment. While housing and infrastructure are labor intensive, however, such projects may demand skills not readily found among the local populations. Two key questions are raised. How quickly are local youths likely to take up these employment opportunities? If they do not, will these opportunities be filled by foreign contractors, as in the past?

S&P notes that the sheer size of the package suggests that it will have a significant impact at least over the period of funds disbursement. Depending how, and on what, the funds are spent, new infrastructure could also bolster Bahrain's and Oman's growth potential in the longer term, and could help diversify both economies away from their currently-still-strong dependence on oil.

S&P are monitoring the political tensions in both countries. The ratings on Bahrain have been lowered by an aggregate three notches since the onset of political tensions, and both sovereigns remain on CreditWatch with negative implications, indicating the possibility that the ratings will be lowered if political tensions continue. The situation remains tense in Bahrain's capital, Manama, after soldiers and police from Saudi Arabia, the UAE, and Qatar arrived in Bahrain at the Bahraini government's request. The government has declared a state of emergency and the protesters have been cleared from Pearl Square.

S&P sees the protests in Oman as appearing less aggressive and more sporadic than those in Bahrain, but the people are demanding greater economic and political participation. Protests and political instability are in our view likely to negatively affect economic performance and depress future growth prospects particularly for Bahrain in its role as an important financial center. Oman will also likely be affected in this way. At this point, there remain questions as to whether or not GCC economic aid will be able to offset these political and reputational risks.