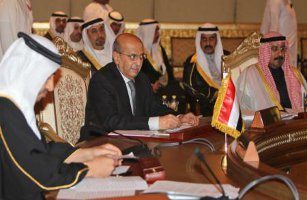 Saudi Arabia plans to spend US$154.7 billion in 2011 on infrastructure and education to spur growth in the country's economy.

The biggest Arab economy expects revenue in 2011 to come to US$143.9 billion, leaving a deficit of US$10.6 billion, Reuters reported. The government saw a US$28.9 billion dollar surplus in 2010 despite much higher expenditures than planned and an anticipated shortfall.

The actual revenues came to US$195.9 billion and actual expenditures reached US$167 billion. Saudi Arabia expects 2010 real GDP growth of 3.8 per cent and inflation of 3.7 per cent. Private sector growth is expected to be 3.7 per cent in 2010 as many companies are still restocking capital after the global financial crisis.

Last year, the Saudi cabinet had approved a US$385 billion spending programme for the 2010-14 period which was mainly allocated for infrastructure and social service spending. The national budget will continue to focus on enhancing the development process and ensure that investment programs remain conducive to strong and sustainable economic growth," the finance ministry said in a statement, listing education, health and infrastructure projects among priorities.

The kingdom has accumulated huge reserves during a six-year oil price boom and is planning to spend more than US$400 billion over the five years to 2013 to upgrade infrastructure, including airports and roads.

Standard Chartered bank said in a forecast report: "We expect fiscal dynamics to be expansionary in 2011, underpinned by population growth dynamics and the government's commitment to follow through on infrastructure investments."

The Saudi banking sector was largely unscathed by the global financial turmoil but banks were hit by exposure to domestic loans and lending has been sluggish. One of the key challenges for Saudi Arabia will be the level of domestic oil consumption, which has grown at an annual rate of 5.9 per cent over the last five years.