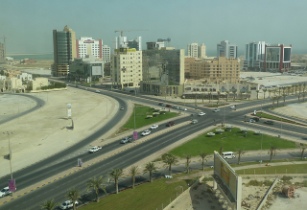 Bahrain has focused on ICT and infrastructure development to drive economic growth, a move that helped the country to make 2017 a record year for inward investment, according to a new report by Oxford Business Group (OBG), the global research and consultancy firm

“After doubling to US$280mn in 2016, FDI levels are expected to reach over US$700mn in 2017, led by a major investment from Amazon Web Services, which will be establishing its first administrative base in the Middle East in Bahrain,” said Khalid Al Rumaihi, chief executive of Bahrain Economic Development Board, to OBG.

In addition, the report also considers the government’s decision to make the building of affordable housing units a priority, which is expected to generate further activity across the construction sector.

The Report: Bahrain 2018 marks the culmination of more than six months of field research by a team of analysts from Oxford Business Group. The publication assesses trends and developments across the economy, including those in macroeconomics, infrastructure, banking and others. The Report: Bahrain 2018 is available in print and online.

The country’s airport modernisation programme is examined in detail and has been earmarked as an important factor in boosting international connectivity, thus supporting Bahrain’s tourism industry.

Oliver Cornock, editor-in-chief of OBG and managing editor for the Middle East, said that a robust infrastructure project pipeline, which stood at US$81.9bn in mid-2017, and high levels of investor interest in evolving areas of the economy, are set to help the country to ensure that growth remained broad-based, while putting its development goals within reach.

“Bahrain’s expanding telecoms and tourism industries, together with its well-established financial services sector and dynamic manufacturing base, serve as a reminder that the kingdom has already made significant headway in diversifying its economy, even though lower global oil prices have brought challenges,” he said.

“We expect planned infrastructure upgrades to play a major role in driving new growth and meeting rising demand across the sectors, while the country’s efforts to reduce the fiscal deficit are also gaining ground,” Cornock added.