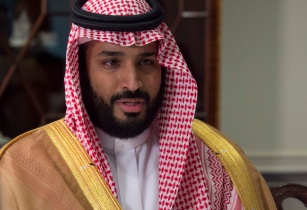 With Saudi Arabia’s crown prince Mohammed bin Salman’s visit to France, both the countries look forward to build bilateral trade relations to strengthen security, economy and business between them

Speaking to the press, French presidency said that the two countries are considering to investing, particularly in digital and renewable energy sectors, in order to build national economies.

In a statement to Arab News, Scott Lucas, professor of international politics at the University of Birmingham, said, “Part of his visit will be economic, to say the least, but Saudi Arabia will also want to promote its Vision 2030 approach.”

He further added that more deals are expected to be signed during bin Salman’s visit to France, especially in sectors of weaponry, infrastructure and clean energy.

Dr Khalid Bin Mohammad Al-Ankary, Saudi ambassador to France, commented that during the visit of the Saudi crown prince, both the countries aim to search for solution of regional crises of terrorism n the Middle East and the Sahel, which implies that the royal visit is also about deepening cultural and political ties between France and Saudi Arabia.

Saudi Arabia and France have a long history of trade relations in defense, infrastructure and aerospace sectors.

Speaking to the source, Chris Doyle, director of the London-based Council for Arab-British Understanding, said that one of the potential areas for KSA-France collaboration would be renewable energy.

“Saudi Arabia has recently highlighted green energy as absolutely vital. Now green energy is experiencing such a rise, it’s only sensible that Saudi Arabia invests in it and that means partnering with the world’s renewable energy leaders,” Doyle explained to the source.