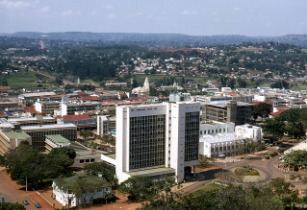 The private sector is the important driver for sustained economic growth, increased productivity, job creation and improvement of livelihoods of the people, as remarked by Sam Kutesa, minister of foreign affairs in Uganda, during the recent Uganda-Iran Economic forum

According to him, the Economic Forum as a strong first step that aims to yield benefits and help to attain the objectives set out in the MoUs signed under the Uganda-Iran Cooperation framework for the coming years.

Speaking on behalf of the government of Iran, Dr Mohammad Javad Zarif, minister of foreign affairs of Iran, said that his delegation included several investment companies in the areas of high-tech agricultural production including nano-fertilisers, pharmaceuticals, bio-tech and manufacturing.

In a bilateral meeting between the two foreign ministers held at the Ministry of Foreign Affairs, Zarif emphasised that science-based Iranian companies are prepared to export their products to Uganda as well as to transfer the technologies for use in Uganda and the EAC, which had a combined population of over 170mn.

Kutesa further added that the same regions were also working on a Tripartite EAC-COMESA-SADC Free Trade Area which comprises of 26 countries with a total of 600mn people and combined GDP of nearly US$1 trillion, thus giving Iranian foreign direct investments access to a big regional market with Uganda at its centre.

The economic forum comprises of business delegations from both government and the private sector of Uganda and Iran.