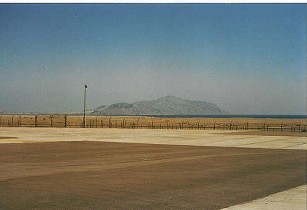 Kuwait is planning to develop five islands with an investment worth US$160bn, aiming to generate around US$40bn per year along with providing about 200,000 jobs, according to a government study

As reported by The New Arab, the project will establish an integrated free zone, aiming to avoid bureaucracy to rely on attracting talent.

The project will include the islands of Boubyan, Warbah, Failaka, Maskan and Aouha, and will develop tourist and leisure areas with Venetian-like waterways in Italy, shopping centres, a world-class travel centre and treatment centres, said the source.

The project, which will be completed in a period of 20 years, is expected to attract large international investments. In addition, it also focuses on enhancing national product of the country, as the islands lie within the Silk Road Project, which extends from China to Europe and Africa.

Speaking to the source, Hanan Ashkani, a member of the general planning committee of the project, said, “The development of these islands has come to a number of considerations, including its unique location within a region where economic turnover is estimated at US$2.2 trillion annually.”

The direct foreign investment is expected to double due to the project. In addition, the per capita GDP per capita in the region is also expected to be three times higher than the rest of Kuwait, according to the source.

Apart from the proposed project, Kuwait has also taken measures to launch about 24 projects in next two years, which are estimated at about US$13bn.