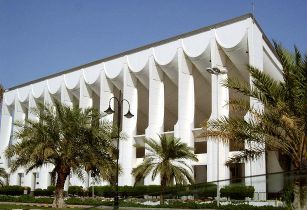 Kuwait's new foreign direct investment (FDI) law will boost opportunities for investors in the country, according to a British diplomat, as it will enable a timeframe of 30 days for processing business investment applications

Frank Baker, the British Ambassador to Kuwait, added that the new law would also offers greater synchronisation with Kuwait’s other economic laws, improving transparency for investors in the country.

Baker said, “There has never been a better time for British companies either operating elsewhere in the Gulf or considering a Middle East expansion play.

“Kuwait offers a number of incentives for British investment including allowing up to 100 per cent foreign ownership as an exception to the commercial law in addition to a ten-year exemption from corporate income tax.”

Baker added that the country was offering either total or partial exemption from customs duties on raw materials, semi-processed product and packaging materials to name but a few.

”For those seeking to invest, the state offers help in allocating land and guidance on hiring foreign labour,” he remarked.

Kuwait offers a host of hard and soft factors that further reinforce its credentials as a genuine hub for FDI including US$10.8bn in investment opportunities as part of Kuwait’s Development Plan.

According to official sources, Kuwait contains 10 per cent of the world’s proven oil reserves and has a low corporation tax rate of 15 per cent.

Commenting on the investment opportunity for Kuwait, Meshaal Jaber Al Ahmad Al Sabah, chief of the Kuwait Investment Bureau, said, “Kuwait has a long track record of successful trade with the United Kingdom stretching back over 200 years through general trading, investment, education, tourism and defence-led relationships which we hope to continue for another 200 years. It is our target to double UK-Kuwait trade to US$4bn by 2015.”