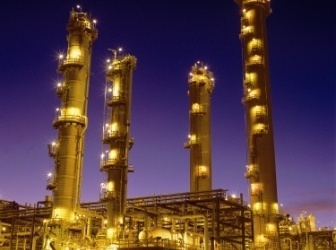 A three-way deal to establish the Saudi Butanol Company at Jubail Industrial City in Saudi Arabia has been signed between the Saudi Kayan Petrochemical Company, Sadara Chemical Company and Saudi Acrylic Acid Company

The new plant, which will be operated by Saudi Arabia's National Industrialisation Company (TASNEE), will cost US$517mn to build and will go on-stream by Q1 2015, according to a statement to the Saudi stock exchange by Saudi Kayan.

This butanol plant will not only be the first of its kind in the Middle East, but also the largest in the world, the statement added.

The facility is expected to provide up to 200 direct and indirect job opportunities.

Under the agreement, the three partners will have equal stake in the production quantities for downstream use or for sales in the local and overseas markets. The design capacity of the plant is 330,000 tonnes per annum of n-butanol and 11,000 metric tonnes per annum of iso-butanol.

Commenting on the benefits of the new joint venture to the Saudi Arabian paints and coating industry, Saudi Kayan chairman Al Morished said, "The butanol project will support the coatings value chain in the Kingdom.

"Potential investors can build on the normal-butanol and its derivates produced by the new joint venture partners, and introduce a wide range of coating products for the local, regional and global markets."