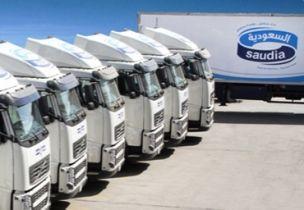 Dairy product and foodstuff manufacturer Saudia Dairy and Foodstuff Company (SADAFCO) has announced the completion of the re-opening of its production facility in Dammam, Saudi Arabia

The facility was reopened by the company to help it cope with ever-increasing consumer demand. The factory was closed in 2006 as part of a national consolidation of operations by SADAFCO.

SADAFCO CEO Wout Matthijs said, “The initial search into avenues for capacity expansion resulted in the decision to re-open the manufacturing facility in Dammam, previously closed in 2006 due to company-wide consolidation measures.

“The process to fully operationalise the Dammam facility commenced in the third quarter of 2011-12 and the reopening of the Dammam factory has allowed us to increase our manufacturing capabilities in Jeddah to introduce new and exciting products which will soon be introduced to the consumers.”

SADAFCO Dammam Factory has reopened with a staff strength of 94 which includes 69 Saudi Arabian women, with recruitment ongoing.