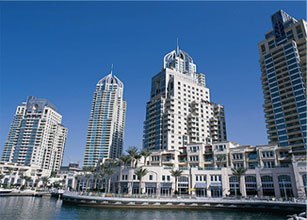 A new report by Standard & Poor?s looks at the current landscape in property markets in the Arabic-speaking countries of the Middle East and North Africa and what effect, if any, the recent unrest in the region has caused.

"Popular unrest and political upheaval in the Arabic-speaking Middle East and North Africa countries is putting a damper on regional property markets," said Standard & Poor's credit analyst Tommy Trask, "and many real estate
projects--planned or in progress--in areas directly affected are subject to delays and cancellations."

Hardest hit are the leisure and high-end residential segments. In addition, some real estate companies are obligated to address damages to buildings, resulting from looting and violent demonstrations.

The unrest has reduced tourism flows into some countries and triggered sharp falls in hotel occupancy rates, for instance, in Egypt (Arab Republic of Egypt; foreign currency BB/Negative/B, local currency BB+/Negative/B) and
Tunisia (Republic of Tunisia; foreign currency BBB-/Stable/A-3, local currency BBB/Stable/A-3). In our view, property investors will likely be wary of uncertainties linked to political transition or potential regime changes. Specifically, we see disputes about property titles as a mounting risk. In terms of property damages and losses due to business interruptions, we expect that the insurance industry will bear at least a portion of costs.

The strikes and transportation disruptions associated with the unrest will likely adversely affect local economies. At the same time, potentially higher cost of debt and increased government spending measures may weaken some
governments' finances, in our opinion. We expect the ensuing negative impact on the real estate sector in Arabic-speaking MENA countries to be more acute in those countries already undergoing political transition, such as Tunisia and Egypt, and in those countries currently experiencing civil unrest, namely Libya (Socialist People's Libyan Arab Jamahiriya; ratings suspended), Bahrain (Kingdom of Bahrain; BBB/WatchNeg/A-3), Yemen (not rated), and Syria (not rated).

As they face the impact of popular protests and political transition, real estate companies in the region are also confronting other risk factors, such as supply/demand imbalances, affordability of property and lack of mortgage
financing. In our view, much work also remains to be done in shaping legal and regulatory frameworks for real estate activity in the region.