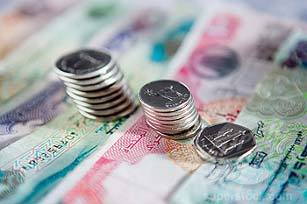 According to a report by the International Monetary Fund (IMF), the United Arab Emirates' economy should grow by 3.3 per cent this year which is slightly higher than previous forecasts.

Back in October last year, the IMF had forecast the UAE economy to grow by 3.2 per cent in 2011, but thanks to the higher crude prices which have hit two and- half year highs and with prices above US$100 per barrel the economy will expand slightly faster.

"The economic recovery is gaining strength and this is supported by a favourable global environment with high oil prices, though subject to uncertainties arising from regional uncertainty," Taline Koranchelian, head of an IMF mission to the UAE said, according to Reuters.

Unrest in the region has swept through the Arab world over the past two months, sending Gulf stock markets lower and pushing up debt insurance costs in the region.

"The re-pricing of risk in the region could lead to higher borrowing costs which may put pressure on the corporate sector including on the GREs (government-related entities)," Koranchelian added.

So far the UAE has not seen any protests but the government has still pledged to spend US$1.6 billion on improving living conditions in less-developed northern emirates.

Koranchelian said the government's short-term policies need to be supportive of the economic recovery in the UAE, where fiscal policy is a key tool to steer the economy as a currency peg to the US dollar restricts monetary policy.

Another reason why economic prospects in the UAE have improved is that the restructuring of Dubai GREs is underway since state conglomerate Dubai World agreed a deal to restructure nearly US$25 billion in debt last September. These debt woes will still impact the UAE but the IMF predicts that Dubai's gross domestic product (GDP) will rise to 2.8 per cent, up from 0.5 per cent in 2010.