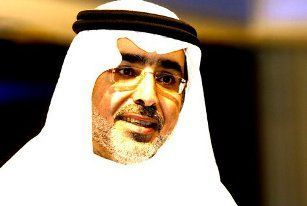 The kingdom is seeking more foreign investors to help create industrial clusters that generate jobs for the country's growing population. Of the US$147 billion worth of FDI about 38.9 per cent of the total was poured into the industrial sector which received nearly US$57.1 billion of FDI.

Al-Dabbagh stated that the Saudi government' investment strategy was to focus on investing domestically over the next few years. SAGIA is part of this process and will target plastics, transport, logistics and other industries.

Industrial investments are concentrated in oil refining, petrochemicals, basic metals, building materials, foodstuff and plastics, Al-Dabbagh said. Total industrial sales stood at around US$60 billion and exports at nearly US$27.7 billion in 2010. He said the sector provided nearly 145,000 jobs, including around 40,000 for Saudis.

Saudi Arabia, dependent on oil for 85 per cent of its revenue, is trying to diversify its economy and create jobs through new domestic industries. It is expanding its role in petrochemicals, which use products derived from natural gas or crude, and plans to build a plastics industry to transform chemicals into consumer products.

Petrochemical companies in the Kingdom need to create a domestic market for their products rather than rely on exports. Saudi Arabia plans to expand in car assembly, auto parts manufacture and tire making, said Azzam Shalabi, president of the Saudi government's industrial clusters program. Chemicals go into making car components such as dashboards.

Ziad Al Labban, chief executive officer of Rabigh Refining and Petrochemicals Co also urged investors to consider Saudi Arabia. Petro Rabigh, as the venture between Aramco and Sumitomo Chemical Co is known, has allocated about 70 per cent of the space it is developing in a commercial park alongside its petrochemical and refining complex for other companies to set up operations.