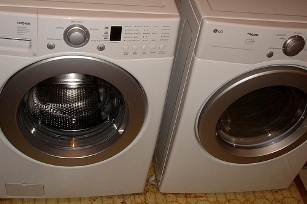 South Korean electronics manufacturer LG Electronics has announced plans to open 20 more stores across the Middle East and expects to grow its business by 10 per cent in the region, in 2014

According to Khaleej Times, LG Electronics Gulf president DY Kim said the manufacturer would introduce personalised devices in the market, which would appeal to the lifestyles of its consumers, to achieve the growth target.

Kim revealed that LG is currently experimenting with washing machines that can hold just a few items, customised for an individual user, along with smart-televisions with an antique exterior design, which would be more in-tune with viewers’ preferences.

The manufacturer has 20 retail stores in the Middle East, including three in the UAE. It has partnered with Al Sayegh Brothers to distribute its products across the UAE.

In the smartphones segment, LG is following a strategy of launching a flagship device, followed by similar but cheaper products within the same family and brand name. Other smartphones manufacturers Samsung and Nokia have adopted the same strategy.

By offering a wider range of phones, LG said it plans to have the third highest mobile sales in the Middle East by 2015.

“We are growing strongly, but we need to invest in brand image and have the right, differentiated products. But we are on track to meet the target for this market. Even with the political instability in Egypt and Syria, we have achieved sales growth of over 10 per cent this year,” said Kim.