Arabtec to raise US$136.1 million for expanding MEP business 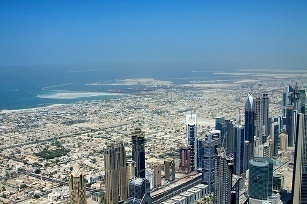 According to Gulf News, the capital generated through the share issue will be used for purchasing new equipment and machinery, which would enable EFECO to bid on higher value projects in the region.

Arabtec also plans to use the extra capital to expand the subsidiary’s footprint across the GCC and North Africa, including markets like Egypt.

The group’s managing director Hassan Abdullah Ismaik said, “The aim is to create a leader and key player in the MEP sector in the Middle East and North Africa.”

Established in 2001, EFECO currently has a backlog of US$1bn. The company offers services to construction companies in the Middle East, with operations spanning across the UAE, Qatar, Jordan and Saudi Arabia.

Earlier this week, Arabtec announced plans to set up a real estate development arm to look into infrastructure and residential projects in the UAE.

The company also said it would start discussions with authorities in Egypt to work on ‘affordable’ or low-cost housing projects.