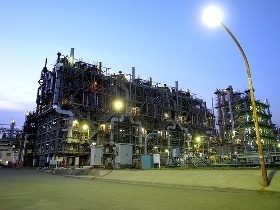 The government of Iraq has approved plans to construct a US$472mn industrial city in the Al Anbar Governorate, which will be dedicated to small and medium enterprises

According to Zawya, Iraq's general directorate for industrial development (GDID) officer, Mohammed Aboud, said the contract to develop this project has been awarded to the State Company for Industrial Design and Construction (SCIDC).

The industrial city project, touted to be the largest in the country, is expected to occupy a build area of three square kilometres. Apart from corporate buildings, the project is expected to include banking and medical facilities, a workers housing complex, schools and a five-star hotel.

SCIDC manager Isam Jaber said the project is being designed by Malaysian consultants.

Aboud said about US$52mn has already been allocated towards the project and that the remaining funds have been earmarked for 2014.

GDID director of industrial cities division Mohammed Abdul Majid said the ministry selected Al Anbar due to its large land area and the level of industrial activities already prevalent at the base.