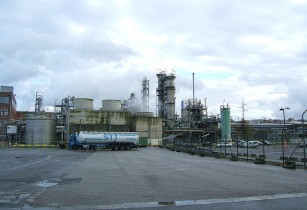 Investment bank Alpen Capital has been signed up to act as the financial advisor for the project, according to reports.

Zuari Agro Chemicals is a subsidiary of Adventz Group - a US$3bn conglomerate who is a major producer of fertilisers and agricultural inputs such as seeds, pesticides, micronutrients and speciality fertilisers.

Sheikh Saud Bin Saqr Al Qasimi, ruler of Ras Al Khaimah, said, ”Ras Al Khaimah's diversified economic base and consistently robust growth highlight its appeal as an attractive investment destination within the UAE's vibrant national economy. We actively encourage businesses from around the world to explore Ras Al Khaimah as their home in the region and their gateway to global markets.”

Zuari Agro Chemicals had signed a Memorandum of Understanding (MoU) with Ras Al Khaimah in November 2012. Since then, various aspects of the project has been finalised and Aspen Capital is keen on building value to their existing GCC-India expertise, said Rohit Walia, executive chairman of Aspen Capital.