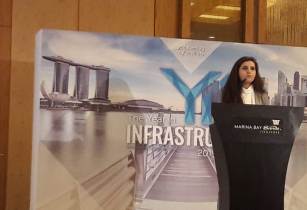 Bayan O. Abdel Rahman, 4D planning specialist at ALEC Engineering and Contracting LLC, one of the leading innovative construction groups in the Middle East to set up and execute complex projects, spoke about One Za’abeel, the new iconic mixed-use development by Ithra Dubai, a wholly-owned subsidiary of the Investment Corporation of Dubai

One Za’abeel project is currently under construction and will be located between the Dubai World Trade Centre and Za’abeel Park. The project will consist of two towers linked by a suspended bridge. The two towers will host offices, an ultra-luxury hotel and residences, high-end restaurants and a large retail area.

The suspended bridge that will link the two towers together floats 100 metres above the ground and will be called "The Link". The world’s largest cantilever will offer a choice of attractions, fine restaurants and lounges.

At Bentley System’s 2019 Year in Infrastructure Awards in Singapore, held in October 2019, the project won a place as a finalist in the 4D modelling category.

Speaking to the Technical Review Middle East during the event, she spoke about the size and complexity of the project that led ALEC Engineering and Contracting LLC to go beyond the traditional methods and use 4D modelling solutions with Bentley System’s Synchro.

Synchro, she says, allows 4D information to be shared among all departments. In fact, a detailed 4D execution plan was created at the start of the project (in 2017) – to track and monitor all processes.

Using Synchro, ALEC was able to test several scenarios to get the best constructible one. Additionally, Synchro allowed ALEC to see time clashes, she explained. 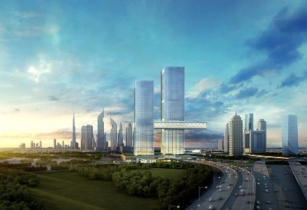 According to Abdel Rahman, with Bentley’s Synchro, risk management was very much on the mind. Although the authorities were sceptical about the cantilever construction, moving it across a super-busy area and then lifting it 100 metre above the ground. Synchro’s output-risk management made the job within the bounds of possibility.