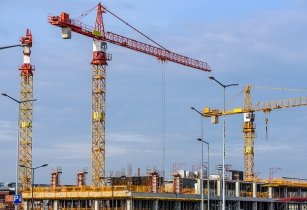 The GCC construction market is estimated at US$2.5tn, with more than 25,000 active projects at the end of the year 2019, according to the 14th edition of the BNC Projects Journal titled: The Wild 20’s

The BNC Projects Journal has stated that the overall GCC construction market was stable in December 2019 and grew five per cent over the course of the last 12 months.

“The 2020's promises to usher in new responsibilities for each GCC country as they work towards creating economic independence without a hydrocarbon safety net,” said Avin Gidwani, CEO of Industry Networks.

Saudi Arabia registered a 13 per cent year-over-year (YoY) growth, led by the energy sector with YoY 24 per cent growth, followed by urban construction and industrial, which both grew by 13 per cent YoY. Around 38 per cent of all awards and 46 per cent of project announcements across the GCC were in Saudi Arabia.

“Saudi Arabia is setting the country up as the prime growth market for construction businesses in the years ahead as these projects get designed, engineered and ready for execution,” mentioned Avin Gidwani.

UAE leads in projects awards across the GCC

The UAE saw a marginal YoY drop in its project market as it was rescued by the growth in the energy and industrial sectors as urban construction sector which contributes 58 per cent of the project market, contracted by five per cent. The UAE led project awards in 2019, contributing 38 per cent of all GCC contract awards.