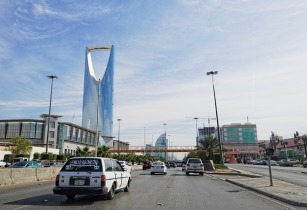 Modon is a development company mandated by the Abu Dhabi government to build vibrant and sustainable communities and develop strategic mixed-use projects in Abu Dhabi. Three contractors have been awarded, in partnership with the Abu Dhabi Housing Authority.

The Riyadh City project, which is being completed in cooperation with the Abu Dhabi Housing Authority, aligns with the Abu Dhabi Government’s strategy of building integrated and sustainable residential communities, including neighbourhoods that are in line with the requirements of citizens and residents. In addition to residential facilities, the project will include community facilities such as parks, schools, stores, mosques, medical centres and community centres.

Basheer Khalfan Al Mehairbi, acting director-general of the Abu Dhabi Housing Authority, praised the leadership of the Abu Dhabi government for supporting the development of housing projects that promote integrated and sustainable residential communities. The goals of the plan are to provide high-quality housing which guarantees an excellent standard of life for citizens and residents.

He elaborated, “These directives are aligned with the goals of Abu Dhabi Plan, which seeks to provide members of the community with housing that guarantees a high quality of life. The development of Riyadh City is one of the most significant residential projects in Abu Dhabi today, helping to develop the Emirate’s housing sector to meet citizens’ current aspirations.”

“Through selecting the services of Modon, the Abu Dhabi Government is working with international specialists in the housing sector, ensuring an excellent quality of public infrastructure and providing residents with sustainable housing, in line with the future vision of Abu Dhabi,” he said.