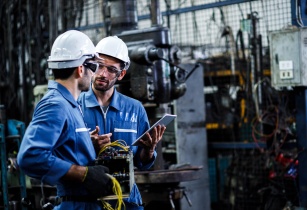 Gulf Development International (GDI) has announced that it will build one of the largest volumetric modular assembly plants in NEOM, Saudi Arabia

Planning is underway on building the 1.4Msqm site.

The factory will be the first in NEOM to break ground and will employ nearly 2,200 people with a mix of skilled and high-tech jobs, focusing on developing opportunities and training for Saudi citizens. When fully operational, the factory will be capable of producing up to 12,500 modular units per year.

The company will use the site to build its new volumetric modular system to support building housing for tens of thousands of people and dozens of hotels for NEOM, a cornerstone of Vision 2030. The objective is to also produce modules to support other Giga projects and initiatives in Saudi Arabia and export throughout the region. Production will begin in late 2022.

Additionally, GDI has established Gulf Modular Industry Company (GMI), a licensed Saudi entity that will operate the factory. Over the next three years, GDI expects NEOM’s demand for the factory output to quadruple, which will position GDI to attract further foreign direct investment to meet intense demand.