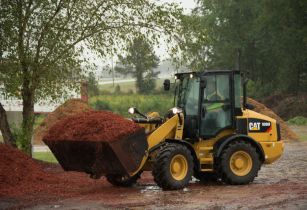 At CONEXPO-CON/AGG 2017 in Las Vegas from 7-11 March 2017, Caterpillar will present its extensive line of machines and technology along with eight Cat machines making their public debut at the show

With 40 machines on display in two different exhibit areas totalling 5574 sq m, Caterpillar’s presence is among the largest at the show. Cat® Connect Technologies for machine control and monitoring will share the spotlight with the iron it enhances, ranging from a skid steer loader to a 96-tonne excavator.

Half a dozen more machines introduced recently will be on display for the first time at an equipment show. The newest Cat machines to be displayed include excavators, wheel loaders, a dozer, an articulated truck, a telehandler and cold planers. Caterpillar will also introduce new remote control technologies and connectivity technologies at the show.

New machines to be displayed include the M317F Wheeled Excavator, a compact radius design that expands versatility and enhances productivity in tight work areas.  The new Cat compact radius wheeled excavators deliver the same capabilities and efficiencies as their standard radius counterparts. The 390F and 336F XE Excavators, both with crawler undercarriages, have been updated to deliver improved productivity and lower costs. Both excavators lead their size classes in fuel efficiency. The 390F can be equipped with the industry only integrated payload system for accurate truck loading. The 336F XE has the payload system as standard equipment, as is 2D GRADE—with the option of a number of integrated Cat Connect grade control systems.

New Cat wheel loaders are also in the CONEXPO spotlight. The new 986K on display will replace the H Series model and deliver lower cost per ton in earthmoving and aggregates operations. The 950 GC will make its North American debut in the Gold Lot, where it will be displayed alongside the full-featured 950M. The 950 GC gives wheel loader owners a choice when determining the best machine for their business. In addition to the 950M, the 972M XE and 982M will be on display to highlight updates including new Cat Connect Technologies, additional operator comfort and safety features, and features that help reduce operating costs.

The updated D6T Dozer on display at CONEXPO features a new transmission and new Auto Shift system that allows the D6T to achieve fuel savings on the order of 20 percent, compared with the previous model. Fuel savings can increase to as much as 30 percent in light-load and finish-grading applications. The fully automatic system maintains production while optimizing fuel efficiency. Additionally, the updated D6T now is equipped with GRADE with Slope Assist as standard equipment.

Another dozer is featured in a live demonstration shown in the Gold Lot exhibit. A D8T dozer in Peoria, Illinois, will be controlled remotely from the operator station in the exhibit. The new Cat Command remote control system for the D8T offers a choice of two operator interfaces – a portable Operator Console designed for line-of-sight use and an ergonomically designed Operator Station that can be located remotely when the dozer is equipped with the Command Vision System. Wireless connectivity enables the operator to work from a safe location, whether nearby or far away. In addition to the D8T demonstration, a Cat Command remote control system equips a 988K Wheel Loader shown in the Gold Lot exhibit. In addition to the big machines operating via remote control, a live demonstration of skid steer loader line-of-sight remote control will be conducted in the Gold Lot.

The full line of Cat paving products is represented at CONEXPO, with emphasis on three new cold planers – PM825, PM622 and PM312. The new PM800 Series complements the previously released PM600 Series and features increased engine power for demanding applications. Increased weight and cooling capacity allow the PM800 Series to perform under the toughest of conditions. The PM300 Series is highly versatile, capable of urban and patchwork applications, small to medium road milling and where compact dimensions, optimum maneuverability and high production capabilities are required.

In addition to the big machines, Cat compact and building construction machines will be on display at CONEXPO. The new TH514D Telehandler sports a three-section boom and a Tier 4 Final compliant engine. The 46-ft reach and 11,000-lb lift capacity are ideally suited for pick and place lifting. Cat D Series telehandlers will also offer new, innovative options such as a reverse object detection system, an advanced display screen and a reversing camera.