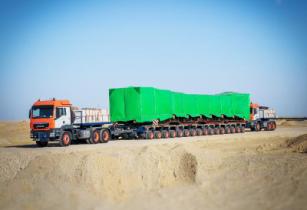 Faymonville, the manufacturer of semi-trailers for the special haulage industry reached an agreement last month to acquire a 100 per cent of the shares of the in Industrie Cometto S.p.A

By bundling Faymonville with Cometto under one solid brand, the Faymonville Group invests in new product segments and completes its product range. With this strategic decision, Faymonville set the milestone to expand in the self-propelled modular trailer segment and strengthens its market position.

The Faymonville product portfolio starts with the MAX Trailer brand which produces semi-trailers for payloads from 15-60 tonnes. Faymonville itself is the leading specialist for transport solutions from 30 tonnes up to 1,000 tonnes on non-propelled trailers. The Cometto brand covers the self-propelled trailer market.