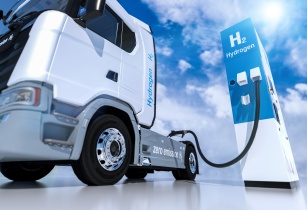 Hyzon, Modern Group and NEOM company plan to work closely over the next 18 months to finalise plans and specifications for the new regional assembly facility, with an anticipated annual capacity to assemble up to 10,000 vehicles. To facilitate construction of the new facility, Hyzon and Modern Group plan to incorporate a joint venture company, Hyzon Motors Middle East (ME), this would focus on supplying locally-built, Hyzon-branded zero-emission commercial vehicles throughout Saudi Arabia and the GCC.

Craig Knight, CEO and co-founder of Hyzon Motors, commented, “We see NEOM as one of the world’s most innovative and ambitious global decarbonisation developments. Hyzon’s technology is at the forefront of hydrogen-powered vehicles and fuel cell solutions and has been developed over many years. We are proud to be partnering with the Modern Industrial Investment Holding Group to bring emissions-free vehicles to Neom and the region. Hydrogen is a key fuel to power global heavy duty commercial transport, liberating it from dependence on fossil fuels. This project is showing the way for resource-rich GCC countries to achieve the energy transition, and Hyzon's partnership with Modern will help to make this a reality.”

Abdulaziz F. Al Hamwah, CEO and co-founder of Modern Industrial Investment Holding Group, said, “Modern Group is excited at the prospect of teaming with Hyzon to enable NEOM’s goal of a net zero community, and to localise manufacturing of Hyzon's zero-emission commercial and heavy duty vehicles. But this is only the first step. Through our joint venture, Hyzon Motors Middle East, we aim to integrate hydrogen fuel cell commercial vehicles into economies across the region. This partnership is a great step toward making that a reality.”

Roland Kaeppner, executive director, Hydrogen & Green Fuels, NEOM company, explained, “NEOM is developing a multi-dimensional hydrogen ecosystem and is a perfect location to activate hydrogen-based technologies and applications for use in NEOM and beyond. Given its strategic geographic location and its impact as a lighthouse for innovation and future livability, localised manufacturing is a natural consequence as NEOM develops. Partnering with Hyzon and Modern Group will expedite NEOM’s self-sufficiency ambitions and is a great opportunity to showcase hydrogen-electric applications that are complementary to battery electric solutions, in particular for heavy duty and long-range logistics. We see hydrogen as the most viable solution to power the world of tomorrow and this is further demonstration of our commitment to creating the world's first net zero carbon, sustainable city.”