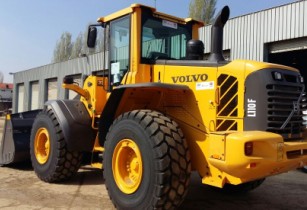 Last year, the Middle Eastern country saw a planned closure of its main waste treatment facility take effect, as well as its biggest landfill site in Na’ameh. The cities and municipalities have struggled to deal with the volume of daily waste, trash soon began to pile up on the streets, and according to the Lebanese government one year on the issue has not gone away.

This is a result of the increase in waste entering Zahle’s independent solid waste facility from nearby towns and the increasing number of displaced people living in the area. Situated 55 km east of the capital Beirut, Zahle is third most populous city in Lebanon and home to around 150,000 inhabitants.

Mercy Corps has joined forces with the Zahle municipality to upgrade its solid waste sorting facility as part of an initiative to create jobs in the solid waste management and recycling industry.

“A fast delivery period and, of course, Volvo CE’s good reputation and product performance were the main reasons that we were able to win this tender,” explained Anthony Abdelmassih from AMTRAC’s management team, who submitted the winning bid.

“We were awarded the tender, which I think says a lot about our products and service. The benefits of this project were two-fold: it was a great opportunity to give something back to the region and to help it recover, and to help us stay ahead in the waste treatment segment.”