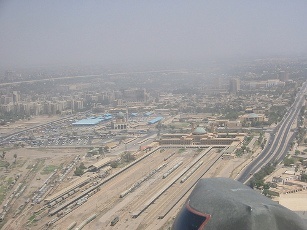 A five-year project for French engineering group Alstom to build an above-ground urban metro line in Baghdad will cost US$1.5 billion and be funded by the French government and banks, Iraqi officials said.

The planned line, with a capacity to carry 30,000 passengers an hour, will have 22-km of track and 14 stations linking northern Baghdad districts with the city center, the Baghdad provincial governor's office said in a statement.

It would help to ease congestion in the war-battered Iraqi capital, whose many military checkpoints cause traffic jams. France's Alstom signed a memorandum of understanding for the deal in January.

A follow-up agreement signed in Baghdad recently paved the way for French financing for the project.

"The company has obtained agreement from several French banks and the French government to implement this project," Shaker Al-Zamili, head of the Baghdad Investment Commission, told Reuters.

A final accord on the Baghdad metro project would have to be approved by the Iraqi cabinet, he added. The loan would be repaid by Iraq after the railway started operating, through a mechanism yet to be determined, Zamili added.

Railways are among a number of large-scale infrastructure projects proposed by Iraq since a 2003 US-led invasion toppled Saddam Hussein and triggered several years of chaos and sectarian violence.

Iraq's roads, railways, ports and power plants have been badly decayed by years of war, economic sanctions and underinvestment.