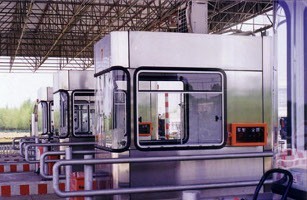 Dubai has hired four local and international banks to raise US$800mn by securitising Salik road toll receipts and will use the proceeds to fund infrastructure projects according to a recent government statement.

The six-year financing would support the Roads and Transport Authority's projects with Citibank, Commercial Bank of Dubai, Emirates NBD and Dubai Islamic Bank the mandated lead arrangers and book-runners for the financing. The statement went on to say that financing would be syndicated further to a select group of banks.

"This is the first attempt between the government and the UAE's banking sector to come up with an instrument that allows the effective monetisation of cash flows for infrastructure projects," Suresh Kumar, CEO of Emirates NBD Capital, was quoted as saying by Gulf News.

"It is an innovative structure that will prove a real filip for local capital markets. Cash flows generated from Salik will go into an escrow account located offshore, which will be used to amortise the credit facility. This is a good method of raising added resources for future capital expenditure purposes."

"The RTA will implement interior road construction projects in a number of residential areas in order to provide the best level of services possible," said Mattar Al Tayer, Chairman of the Board and Executive Director of the RTA.

"The funding will help push forward the progress of key road and transportation projects currently being carried out."

Salik was introduced in July 2007 making Dubai the first city in the region to launch a road toll system. Last year the four current toll gates generated more than US$218mn for the RTA. Two more are planned for Al Ittihad Road and Al Ghusais in the near future.