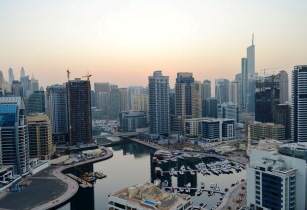 Roads and Transport Authority (RTA) has awarded a contract worth US$191.4mn for Phases 4 and 5 of the Dubai Water Canal Project

According to the contract, works in both phases are set for completion by the end of September 2016.

Highlighting the latest phases of the project, Mattar Al Tayer, director-general and chairman of the board of executive directors of RTA said, ?Phase 4 of the Dubai Water Canal project, which costs US$83.58mn, is part of infrastructural works required to serve property development areas on both sides of the canal, including roads and utility lines. The Canal stretches 3.2km from the Business Bay Canal up to the Gulf via the Sheikh Zayed Road (SZR), Al Wasl Road and Jumeirah Road. Projects to be constructed on the Water Front will be served by modern water transport means, and result in improved quality of water in the Dubai Creek.

?Phase 5 of the Dubai Water Canal project, which costs about US$107.81mn, would link the Business Bay Canal with the Dubai Water Canal terminating at the Gulf. Works include building quay walls of precast concrete slabs all along the stretch of the Canal, and completing and diverting utility lines and key services to give way for completing the construction works of the canal as well as the removal of impacted services. Works also include the treatment of hyper-saline water of the Business Bay Lakes, removing sand barriers in the course of the canal, and constructing three marine transport stations on both sides of the canal.?

The completion rate of the construction works in the Dubai Water Canal has reached 92 per cent in the bridge of the SZR. RTA has recently opened the northern bridge of the SZR in the direction from Abu Dhabi to Dubai. Completion rate in the Abu Dhabi-bound southern bridge has reached 81 per cent, and the bridge is expected to be opened in July this year.

The contract of Phase 1 of the project comprises the construction of a bridge of 8 lanes in each direction on the Sheikh Zayed Road crossing over the canal in a way allowing free navigation round-the-clock. It also includes modifying lanes of affected roads to ensure integrated traffic movement between the two shores of the canal. An 800 metre-long sector of the SZR will be affected by this project phase, which also includes diverting the existing utility lines affected by the canal course, fitting smart light controlled via a smart app, in addition to fountains on the bridge.

According to the RTA, works under Phase 2 of the project, include constructing bridges on Al Wasl and Jumeirah Roads are progressing according to the approved timetable with completion rate of 86 per cent. The contract of this phase encompasses the construction of bridges on Al Wasl and Jumeirah Roads crossing over the Water Canal with vertical clearance allowing the passage of boats up to eight metre-high. It also includes the construction of a free multi-tier interchange to link the traffic movement between Al Wasl, Al Hadiqa and Al Aathar Roads to ensure a smooth traffic flow instead of the existing light signals. The contract includes the construction of bridges linking with the proposed peninsula to the south of the Jumeirah Park, diverting utility lines via conduits passing underneath the Canal, in addition to laying spare utility ducts under the Canal to cater to projected future needs.

Completion rate in Phase 3 of the Dubai Water Canal Project has exceeded 75 per cent, and works are well underway to complete the construction of quay walls, protect the utility lines, divert sewage lines on both sides of the canal, build a sewage pumping plant and construct a coastal breakwater. Works under Phase 3 also include drilling the water canal, building quay walls, and constructing three pedestrian bridges linking the two sides of the canal at key locations to ease the mobility of people, and encourage them to use mass transport means, especially marine transit modes.

Works also include constructing 10 marine transit stations to enhance the role of marine transit modes in the movement of people, after the completion of several of islands in the Gulf, such as The World and Jumeirah 2.

The marine transit modes are expected to lift more than six million passengers annually in that area. Phase III also includes landfilling works to build a man-made peninsula along the Jumeirah Park, which will double the beach line of the Park and increase the park area.