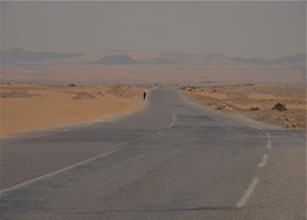 Saudi Arabia hassigned 16 contracts worth more than US$600mn for the construction of 969 km of roads in various parts of the Kingdom.

The projects include completion of Hair-Houta Road, linking it with Hareek and construction of a 46-km Niam link road at a cost of US$119mn. The project was awarded to Omeir Trade & Contracting Company.

A number of new road projects will also be implemented in Mecca including the Hada-Jamoom ring road at a cost of almost US$27mn. It will be implemented by Masharie Al-Watan company.

Al-Seraisry met with nearly 350 investors and economists in Mecca and said the Transport Ministry was currently implementing projects worth US$1.41 billion in the province.