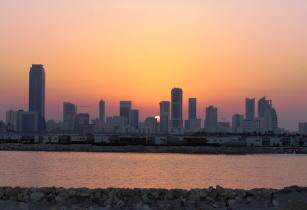 The contribution of transport and communications sector in Bahrain?s economy amounted to more than seven per cent of the country?s GDP, a report revealed

According to the Economic Development Board?s (EDB) report, the transport and communications sector was the fastest growing sector in Bahrain in Q2 2015, which reflects the level of development this sector achieved.

Kamal Bin Ahmed, minister of transportation and telecommunications of Bahrain, said, ?Information and communication technology sector has higher potential to grow further more than a lot of other sectors, where there is no limit for creativity in it and it is one of the most important sectors which are able to attract investments.?

?These projects the country is witnessing recently such as the cloud computing project, in addition to other projects will be announced soon, will increase investment, create opportunities for the private sector, and create jobs with good returns for the citizens.?

Earlier in September 2015, Khalid Al Rumaihi, chief executive of EDB, said, ?The robust growth in many sectors of the non-oil economy shows that despite the challenging global environment, Bahrain is thriving.?