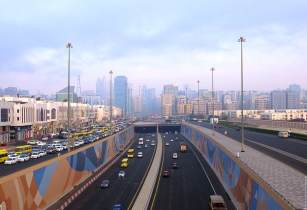 The UAE?s Ministry of Public Works has approved three vital federal road projects that will connect various parts of the country

Dr. Abdullah Belhaif Al Nuaimi, minister of public works, said that the move was in line with the vision of the UAE and the ministry?s strategy to build and develop a high quality federal road network to support economic growth and contribute to promoting social welfare, and community satisfaction.

?To this end, the Ministry of Works has adopted three projects for the construction of vital federal roads that connect different parts of the country, in order to support the state?s infrastructure system, and reflect the role of the Ministry of Public Works in realising the UAE 2021 and the National Agenda, which envisage the UAE to be among the best countries in the world by 2021 in infrastructure and road network,? Al Nuaimi revealed.

Sharjah?Dhaid Road
The project is divided into three phases, and a consultant specialised in road projects has been contracted to complete the design of the first phase of the project from the fifth interchange to eighth in both directions. The project is expected to be completed by the end of 2017.

Shaam?Al Dara Road
The ministry has also completed the final designs of the UAE/Oman border towns Shaam?Al Dara Road, deemed one of the vital projects that would contribute to improving the flow of traffic, and has a significant role in facilitating commercial traffic in the northern region, as well as trade, tourism and social networking in the country in general, Al Nuaimi said.
The project, which is expected to be completed during Q2 2016, supported the plan to strengthen the federal road network and to link the northern and southern regions to eastern and western regions, thus creating a highly efficient transport system, and ultimately increasing the efficiency of the federal road network.

The minister stressed that the UAE?s keenness on the development of integrated infrastructure with high quality standard and efficiency, allowing the county to occupy a leading position in the Global Competitiveness index in the field of infrastructure, especially with regard to the road quality.

?The UAE ranks first in the world in terms of quality of road, and excels many of the developed countries, thanks to the wise policy pursued by the UAE government towards a balanced and sustainable development to secure high quality of life to all its citizens.?

He added that the ministry?s policy for roads was to upgrade the efficiency of the current network, especially with regard to security and safety requirements.