BASEC UK to gain status as a UK approved body 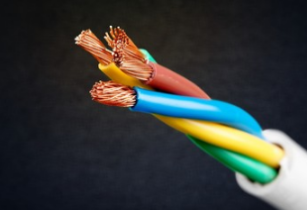 On 1 January 2021, BASEC UK, the testing and certification partner to the worldwide cable industry, will cease to be an EU27 notified body and automatically gain status as a UK approved body

This will be reflected in a database for UK approved bodies similar to NANDO (yet to be published). The current intention is that the same notified body (NB) number will remain, so BASEC will be UK approved body with the existing NB 2661 number.

It has been confirmed that the UK approval scheme will be a mirror of the current CPR, all EN standards will become UK designated standards and will again be identical to the EN’s. In this way, the AVCP (testing and FPC) will be no different.

On 1 September, the Ministry of Housing, Communities and Local Government (MHCLG) communicated the latest position regarding withdrawal from the European Union (EU) and the future position regarding CE marking under CPR. Statutory Instrument 2019 No 465 covers all aspects of how those trading with the UK must move forward with Construction Products building market standards, for full details read more here: http:/www.legislation.gov.uk/uksi/2019/465/made

BASEC is in the unique position of having established both BASEC UK as a UKCA approval body NB 2661 and BASEC Conformity Limited (BCL) as an EU27 notified body via NB 2851.

As a part of the move away from CE marking to UKCA, the government has allowed a one-year transition period where until 1 January 2022, it will be permissible to use CE marked product that fulfils the below criteria and are:

Covered by a harmonised European standard, which is the same as a UK designated standard (as noted above)

– Accompanied by a manufacturer’s declaration of performance, and

– Have been assessed by an EU-recognised notified body, where third party assessment is required.

– The action industry must take

On the surface it appears that there is a further year before definitive action must be taken, however, the below statement brings into focus some urgency, in respect to how transfer of certification between NB’s will need to happen.

“Where a UK notified body (which becomes a UK approved body) had carried out tasks or issued certification in relation to the Assessment and Verification of Performance (AVCP) for a product before 1st January 2021, then those tasks and/or that certification may be used to support affixing of the UK marking if the product is placed on the GB market after this date.”

This means, for all current BASEC customers that have AVCP system one+ with BASEC it is permissible for BASEC to use this information in support of UK marking i.e. there will be no need for additional parallel auditing/testing. Additionally, any transfers that occur before 1st January 2021 will constitute tasks and the same will apply. Anything after this date will require full parallel testing/auditing.

Under the group of notified bodies (GNB) transfer guidance, there is the possibility of cooperation with the current issuing notified body of a customer. This would involve a desktop review of all Initial visit reports, FPC, CoCP and testing. It would then be at BASEC’s discretion of how to validate this information, as it cannot simply be “taken as read”. It would be BASEC’s intention to review all documentation including CoCP and test reports for alignment with CPR requirements. Upon successful review BASEC would then establish a test programme, on a risk basis, as to how many tests would be required to verify alignment between the testing of the issuing NB and BASEC. Successful completion of this process would lead to certificate transfer.

At this stage, all system three documentation remains valid as previously communicated. BASEC will continue to offer classification reports for existing customers for UKCA system 3, but may wish to retest, dependent on the age of the original test.