Favourable government initiatives towards energy efficiency, a resurgent construction sector, and the rise of the Internet of Things (IoT), will turn the Middle East smart home market into a US$1.86bn dollar industry by 2022, according to a recent study 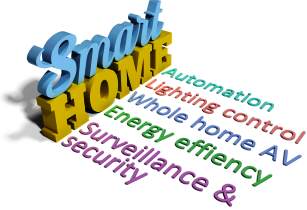 The December study said that video surveillance, intrusion and fire detection, along with access control would be among the fastest growing smart home segments. (Image source: Michael Brown/Adobe Stock)

The Middle East Smart Home Market report, authored by analysts TechSci Research, said demand for smart lighting, HVAC, security and access control, entertainment, and other IoT-connected home devices will grow 28 per cent annually, with revenues more than tripling in value from an estimated US$536mn in 2017.

The December 2017 study said video surveillance, intrusion and fire detection, along with access control would be among the fastest growing smart home segments, with revenues from these applications reaching US$332mn by 2022, up from US$91mn in 2017.

In the GCC, high per capita incomes and growing preferences for luxurious, networked and high-tech homes is also a key factor, with the UAE (US$203mn) and Saudi Arabia (US$182mn) comprising 38 per cent and 34 per cent respectively of the entire Middle East smart home market in 2017.

The two GCC countries will hold a similar market share right up to 2022 according to the report, opening up plenty of opportunities for suppliers of home automation, security, entertainment, and energy management.

Many players from across the globe will look to establish partnerships with regional real estate developers, consultants, integrators and installers at the upcoming Intersec 2018 exhibition in Dubai.

The three-day security, safety, and fire protection trade fair runs from 21-23 January 2018 at the Dubai International Convention and Exhibition Centre, and features a Smart Home and Building Automation section.

More than 30 of the event?s 1,300-plus exhibitors will be part of a dedicated Smart Home Pavilion, where they?ll showcase their latest home automation, security, access control, energy management systems, and multimedia technologies.

Ahmed Pauwels, CEO of Intersec?s organiser Messe Frankfurt Middle East, said, ?In the Middle East, security is an integral part of a home?s infrastructure, and deployment of security and access control systems such as wireless locks, IP-enabled devices, and iris detection systems, is increasing.

?The technology allows home-owners to monitor activities through their smartphones, tablets and other wireless devices from anywhere and anytime, and the latest solutions in the market will be on show at Intersec 2018?s Smart Home and Building Automation section.?