A co-ordinated security solution for Bahrain 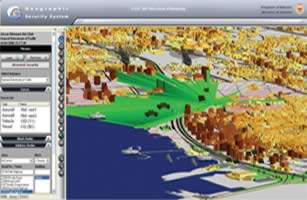 BAHRAIN'S STRATEGIC LOCATION in the Persian Gulf has allowed it to broaden its cultural perspective and increase its prosperity through trade and travel. Known as Dilmun to the ancient Sumerians, this island nation has interacted with a number of cultures throughout its five thousand-year history including the Babylonians, Assyrians, Greeks, Romans, Persians, Portuguese and British. Today, the kingdom benefits from the immense oil and natural gas fields located throughout the Gulf.

Its economic success and religious and cultural ties to nearby neighbours has inspired the construction of the King Fahd Causeway, linking Bahrain with Saudi Arabia and the Qatar-Bahrain Friendship Bridge, which is currently under construction. However, throughout the world today, and particularly in the Gulf region because of its enormous wealth and pockets of political unrest, the need for increased national security is at an alltime high.

As a result of its proximity to other Gulf countries, the migration of hundreds of thousands of workers through the area, the hundreds of oil tankers and cargo ships that traverse the Persian Gulf each day, and various other factors that can affect its security, the need for increased vigilance is great. Among its many duties, Bahrain’s Ministry of the Interior (MOI) is responsible the country’s homeland security, infrastructure, natural resources, and the maintenance of safe and secure passage in and around the kingdom. In 2006, MOI decided to strengthen its defensive capabilities and expand the use of its existing geographic information system (GIS).

The ministry selected the Geographic Security System (GSS) developed by ESRI Northeast Africa for this major expansion of its use of GIS technology. “This GIS-based national security implementation is the first of its kind in the Gulf region," said Brigadier Basim Al- Hamer of the MOI. "Applying GIS in Public Safety & Law Enforcement systems at the Bahrain MOI will optimise our emergency response efficiency and accuracy.” Sohail El-Abd, professional services general manager at ESRI Northeast Africa, said, “The GSS system is built as a scalable geospatial backbone on which a variety of GIS-based command and control subsystems were developed in a highly integrated manner.”

El-Abd added that implementing ArcGIS Server technology, which uses Service Oriented Architecture [SOA], was critical in completing the extensive integration necessary to implement the GSS. Another important aspect of implementing the project was following the Joint Application Development (JAD) approach, which provided real knowledge transfer to the system users throughout all project phases. The GSS is a comprehensive solution for safety and security built on state-ofthe- art GIS technology. It is composed of a set of suites each of which includes several modules:

■The task force management suite is a comprehensive program that ranges from the initial task planning through fleet monitoring.

■Surveillance manages the real-time surveillance cameras positioned throughout the country.

The coastal surveillance suite provides effective monitoring of Bahrain’s coasts and marine activities through surveillance cameras and/or tracking devices. A crucial element of the GSS is the unified data model that hosts a variety of tabular and spatial data. Build on ArcGIS Server technology, the geodatabase stores hundreds of geospatial layers of data, such as the location of police stations, land use, and incident locations as well as related descriptive information, reports, and charts.

The ArcGIS Server technology provides a means for easy integration and consolidation of disparate data and its Technical Review Middle East - Issue Three 2009 Information Technology 36 The need for increased security in Bahrain is at an all-time high. Jim Baumann explains how the Geographic Security System meets this need A co-ordinated security solution for Bahrain The GSS is a comprehensive solution for safety and security built on state-of-the-art GIS technology